When I was developing an instant messenger (IM) system, I found that high concurrency is an essential feature while numerous clients are online chatting simultaneously. Therefore I use Redis to cache data in order to release pressure on database.

A typical scene of IM is chatting with someone else, as shown in the following figure. 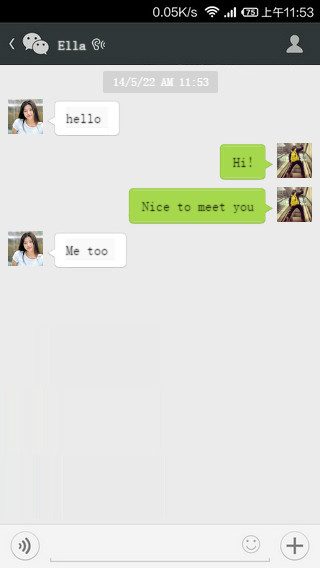 This conversion contains several messages , which are stored in database in ascending order of their timing. As is shown in the following table.

The “isread” field represents whether the message is read by someone.

The following figure shows how we use Redis as cache container. 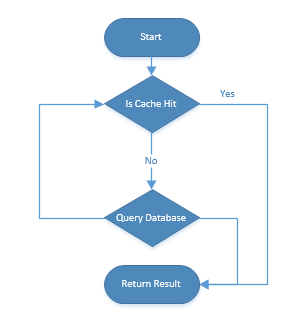 When we need to retrieve some data , the first step is to check whether the data is in the cache container. If cache is hit, We get the data and return; If cache is missing , we query the data from database and store it in cache so that we can get it faster next time.

We can store a conversion in a key, so we can get all the containing messages from cache in one attempt.

But this method has several disadvantages:

The main reason for these disadvantages is that a conversion is a dynamically changing list. Each change will cause the cache out of date.

Redis Sorted Sets are, similarly to Redis Sets, non repeating collections of Strings. The difference is that every member of a Sorted Set is associated with score, that is used in order to take the sorted set ordered, from the smallest to the greatest score. While members are unique, scores may be repeated.

We can store Ids of each message as index, and store each message separately, as shown in the following figure. 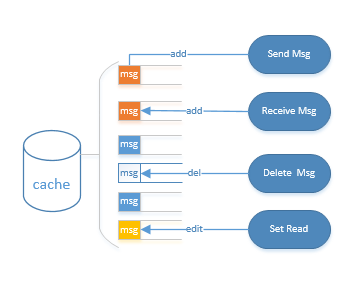 We deal with each case as follows:

Store message Id as index, and its “pubtime” as score.